An adaptation by Gilbert Adair of his own novel, „The Holy Innocents”. 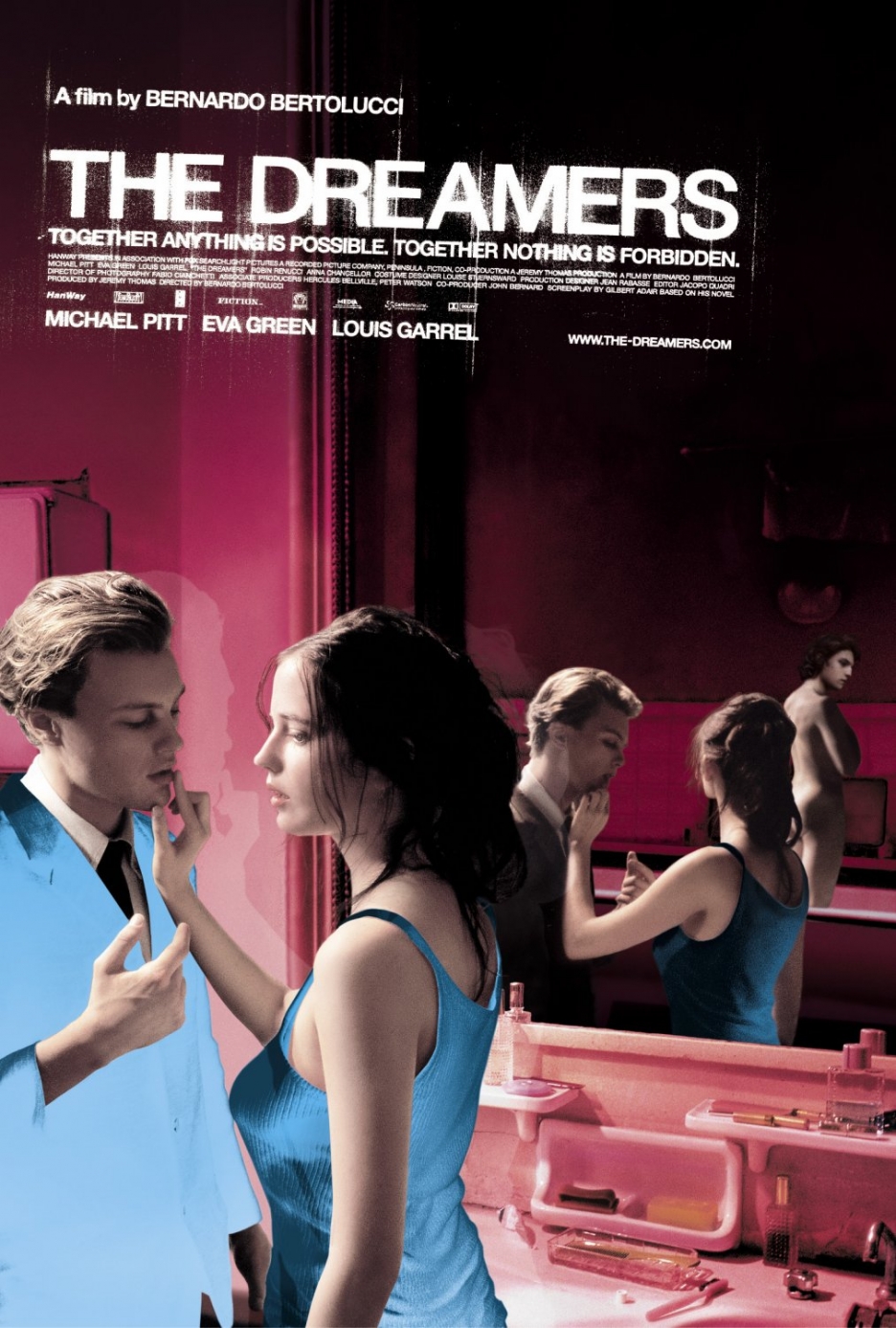 „I was one of the insatiables. The ones you’d always find sitting closest to the screen. Why do we sit so close? Maybe it was because we wanted to receive the images first.”

The Dreamers’ follows the relationship of three cinephiles: an American student and French brother and sister, as they find their temple, the Cinémathèque Française- “where modern cinema was born” destroyed, followed by the 1968 Paris students revolts. „It was our own cultural revolution”- Matthew

There is something about the characters, about their relationship to each other and to cinema, their games, their moments of hedonism, the shots filmed in the mirror, evoking an air of sensuality. 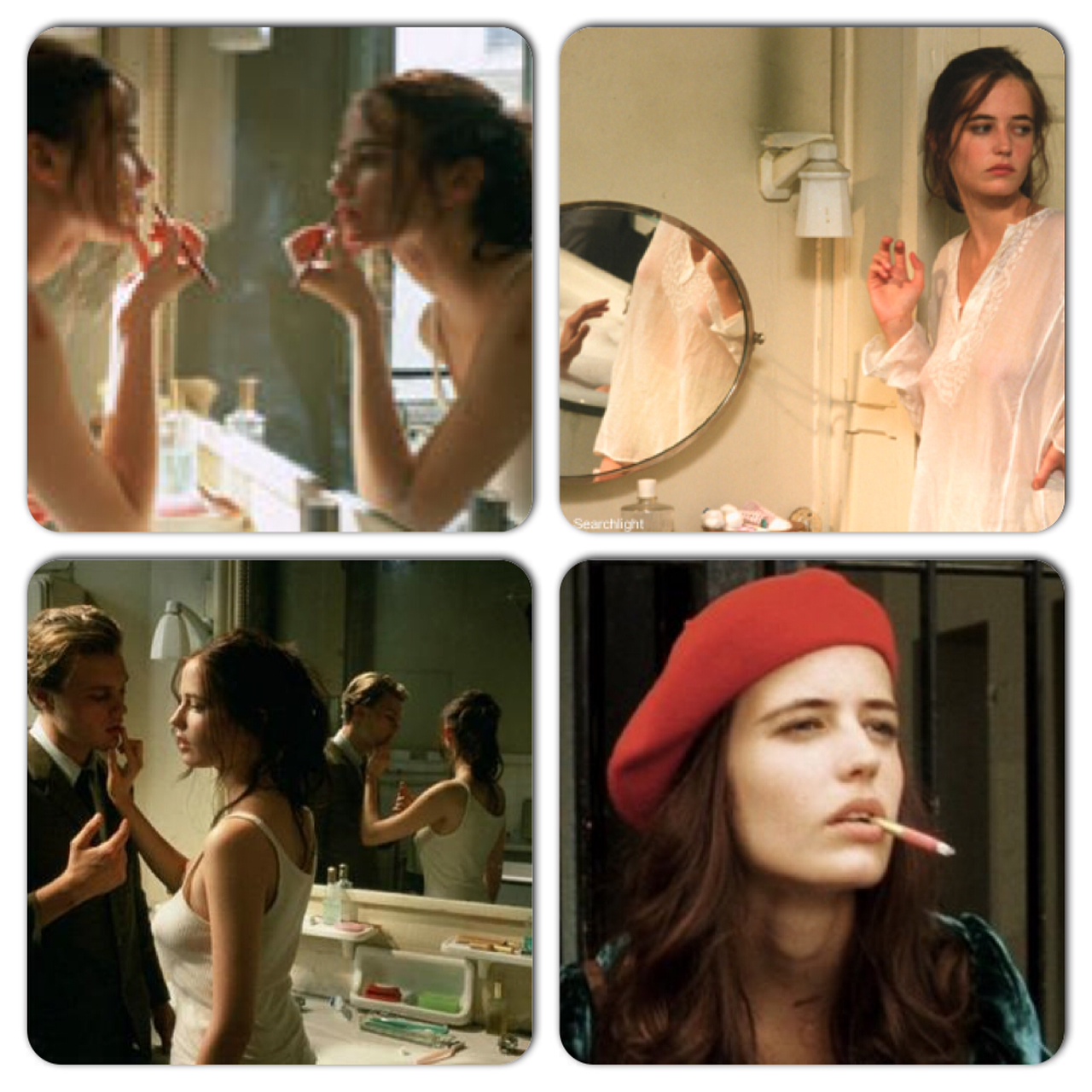 “These three cinephiles are surprised in their intimate moments, when they quiz each other about the movies, or re-enact scenes they remember. A particularly lovely scene has Isabelle moving around a room, touching surfaces, in a perfect imitation of Garbo in “Queen Christina.” And there’s a bitter argument between Matthew and Theo about who is greater — Keaton, the Inventor or Charlie Chaplin, the Conjurer? Matthew, the American, of course knows that the answer is Keaton. Only a Frenchman could lean towards Chaplin.” –Roger Eber

The movie soundtrack features legends such as Jimi Hendrix, The Doors, Edith Piaf, Bob Dylan and Janis Joplin to embrace the characters’ optimistic sensibility that exemplified the era’s most idealistic hopes and dreams.

“The dreamers” is a nice getaway from reality. It could be regarded as the classic  artform of entertainment, blending visuals, storytelling, music and sound all together. 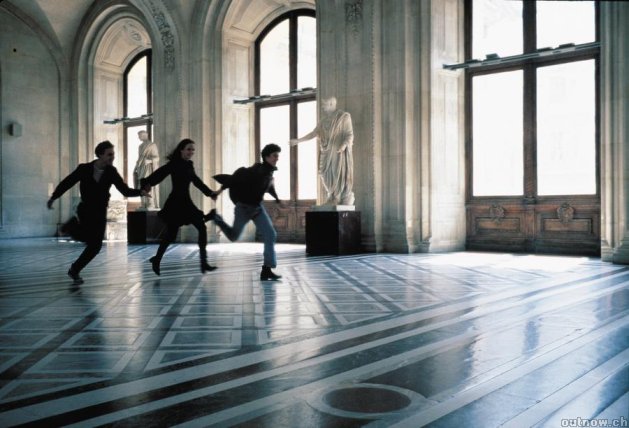 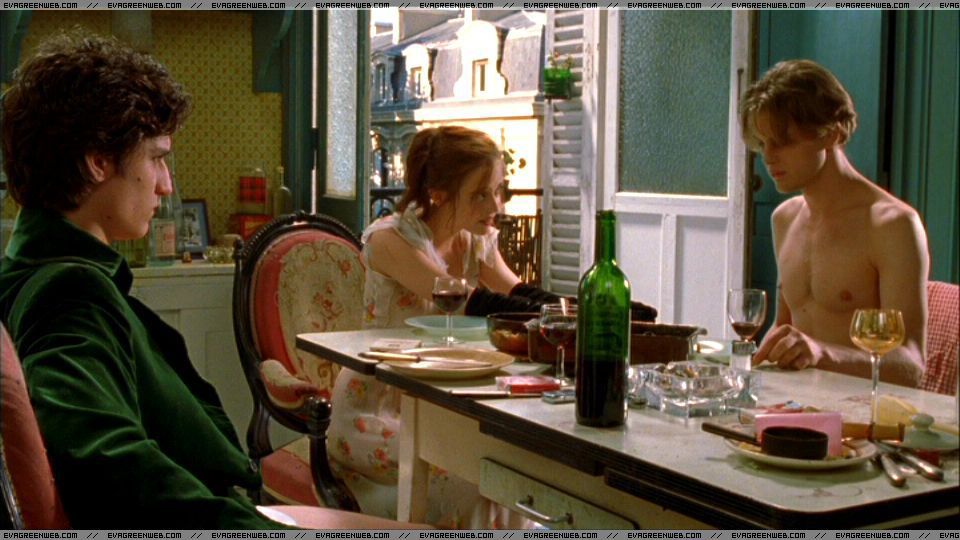 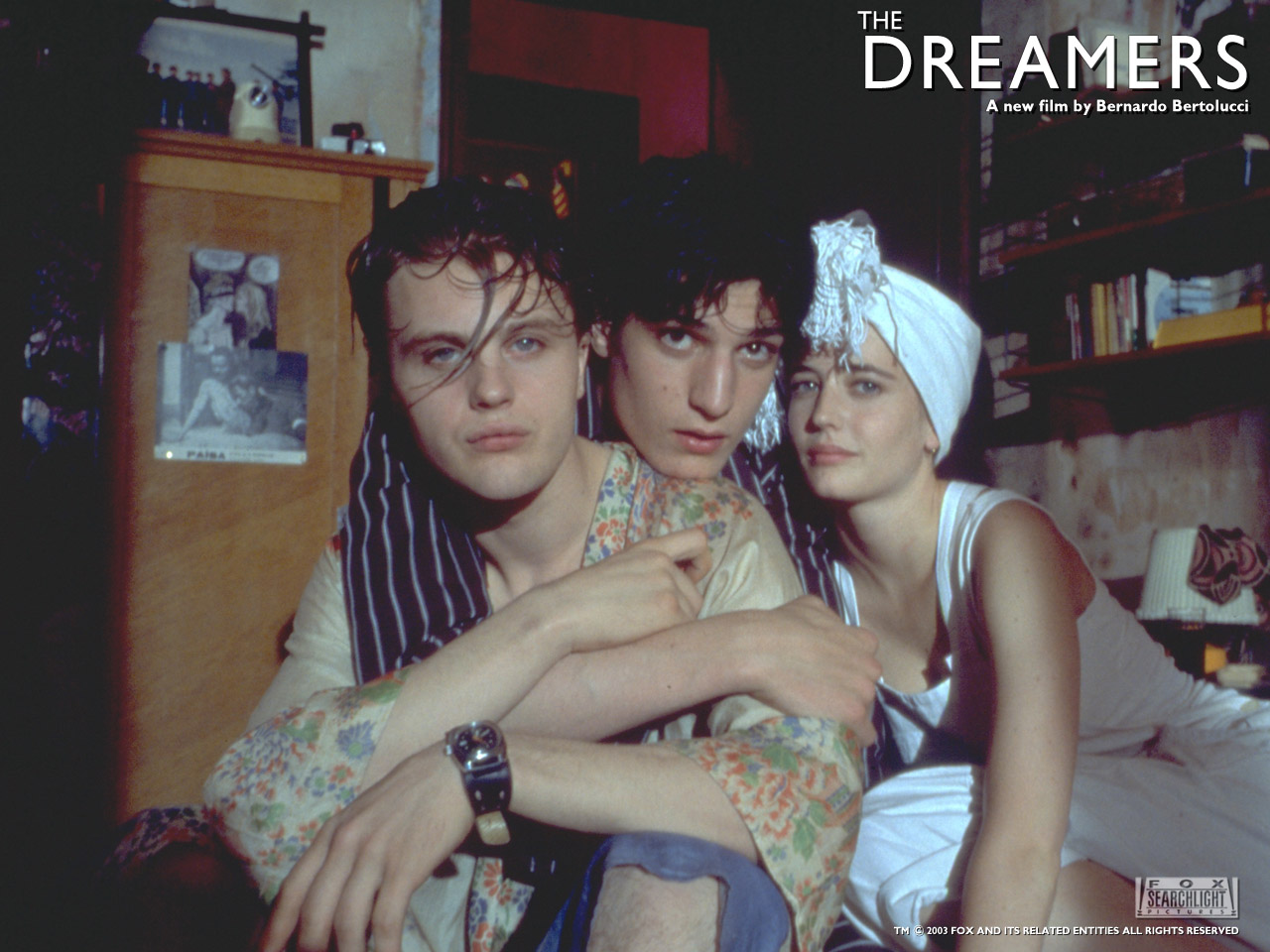 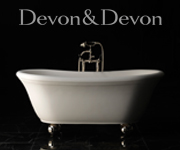